Vibrant LifeForce is all about treatments which use the natural capability of our bodies to let us know where and when some help is needed. My aim is to naturally empower clients to embrace and integrate true healthy living practices based on their individual needs to achieve their beautiful best. My approach is very holistic and I provide a safe haven to free the power within mind and body using the marvel of Kinesiology, nutrition, natural items such as crystals, essential oils, flower remedies and my very refined intuition.  It all sums-up to improving health and feeling a vibrant life force that shines every day.

I also give talks and demonstrations to groups, you will find more information about exciting subjects below.

“Through learning and applying Kinesiology and other natural healing techniques I have transformed my life from the imbalances created by corporate pressures, commuting and trapped trauma stress from the past to the balanced life I live today. No more feelings of internal racing and my work is a joy that I look forward to everyday.  Can I help you to transform your life for the better?

I love to help people to be well.”

Would you like a talk at your local or national event?

For groups who like something new, different and exciting, I introduce them to seeing their energy.  Then I explain how congested patches relate to symptoms.  With psychedelic images and fascinating information, I will reveal how your biography shows in your biology that shows in your biofield.

During 2020 I spoke at the following events:

25th January 2020 The Kinesiology Association conference, Crawley
“Seeing is Believing”
In this talk, I explained to my peer group of kinesiologists how the Biofield Viewer reveals energy congestion.  The empowering images provided new insights into a subject that they all know very well.  During a live demonstration, I cleared the congestion revealed by the images through the proven techniques of kinesiology.  A video of my presentation can be found  below (please note that the sound level is quite low due to the conference environment).

The Power of You – Seeing is Believing (Part 1):

The Power of You – Seeing is Believing (Part 2):

26th April 2020 The Kinesiology Federation, Oxford
“Free the Power Within” was my topic for a talk as part of the conference theme of “The Power of the Mind – How to access our potential”.  I demonstrated how we use kinesiology to remove the things that block us from reaching our potential.  This meeting was cancelled because of the Coronavirus pandemic – what better way to demonstrate the power of the mind and how energy work can be done remotely than over Zoom!  The video of my talk can be found below.

During 2021 I will be speaking at the following events:

9th & 10th October 2021 The World Energy Conference, Manchester, UK
“Your Energy in Balance” is my subject for this prestigious event.  I am delighted to be among incredible speakers on who are all focused on working with human energy.  See the conference website here http://worldenergyconference.com/sue-southern-kinesiologist–dip-ask–uk

Speaking fees start from £65 (depending on the size of the group) plus expenses, please contact us to discuss what you need. 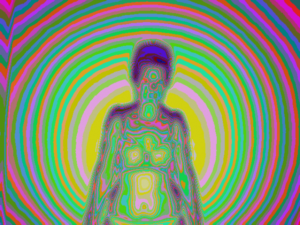 Kinesiology to help defuse the stress of work/life

Kinesiology for sports fitness or injuries

Kinesiology to balance the male/female hormones

Kinesiology to balance the natural function of the immune system

My aim is to help clients to balance and re-harmonise their energies, I look for the root cause of symptoms. Someone may say that their problem has ‘always been like that’ and they have learned to live with it, taking compensatory measures to avoid causing the pain, such a limping, avoiding some tasks or by restricting their movements.

The roots of symptoms lie among emotional matters, physical problems, chemical imbalances or blocked energy channels within the body. To help the client by setting-up the right conditions in the body, the body can heal itself; it was designed that way.

What made you choose to be a Natural Health Practitioner?

There are many reasons and the list grows every day, but the short answer is that I love it and I love to help others.

My interest in natural health care has come from many areas and times of my life.  From my earliest years until 28th November 2001 my family of four lived with the challenge of my brother Robert’s congenital heart defect and on a daily basis it affected us all at some level. On that night in 2001 he passed away aged exactly 47 years 10 months. I have never stopped thinking about what else I could have done to help him. All of us wanted to help him and I’m sure we did but it was never enough because we couldn’t make him better. I wish I had discovered Kinesiology earlier in my life – I feel sure it would have made a difference. 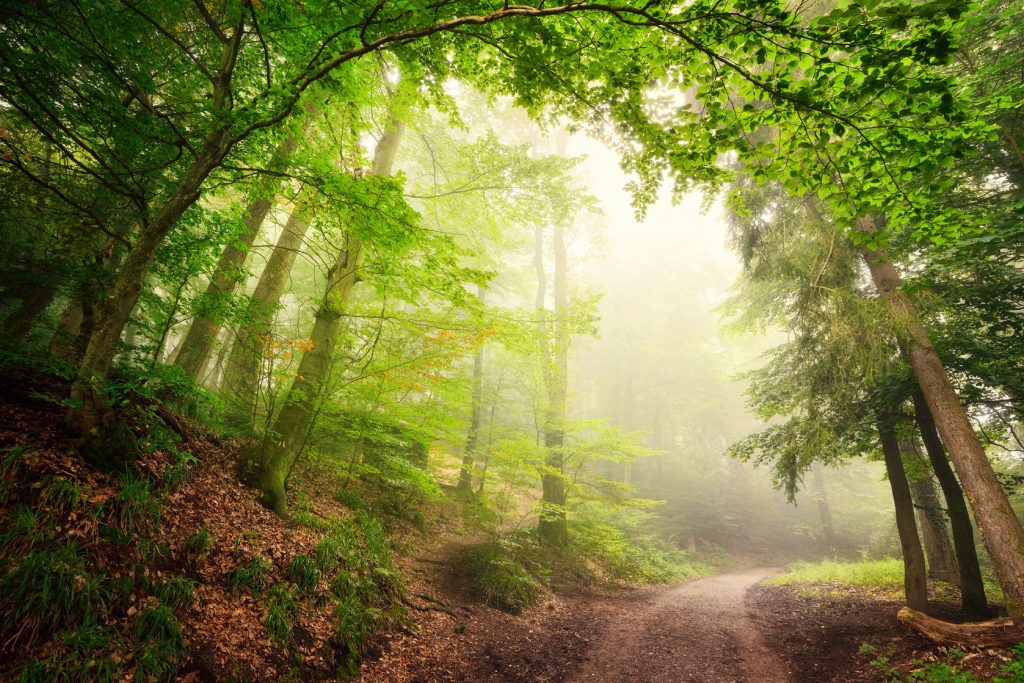 stemmed from when I was a child. Grandma (Mum’s Mum) gave me a bookmark with the words “I shall pass through this world but once. Any good therefore that I can do, let me do it now, for I shall not pass this way again.” The sentiment has stayed with me and I keep the bookmark in my therapy room; I often think of the words and of Grandma.

Why else have I changed my career to learn how to help others? I love nature and the natural capabilities of our bodies and because when they want my help I want to be able to support Mum, my husband and extended family and friends to be healthy and happy; to be the best they can be. I want to continue to be well and happy too. By releasing the things that made me unhappy, the loss of loved ones (family, friends and pets) I have allowed the sadness to fade and the happy memories to surface. Kinesiology and Tapping have helped me to do that and I find it enormously satisfying to help others.  I am grateful for the continual love and support from my husband and Mum plus the inspiration from my brother and Grandma.

The years went by with day after day of feeling bloated, trying to hold my tummy in while feeling so uncomfortable or in pain.  This constant worry and distraction had been with me since being a very young child and numerous doctor’s visits, even the specialist doctor’s advice, did not provide effective help or reassurance.  Then one morning in late 2000 my husband heard Pat Cash, the tennis player, being interviewed on the radio about how his eating influenced his performance on the tennis courts.  He was talking about the amazing idea of eating foods that are compatible with blood-types.  As my husband relayed what he had learned, we could both see how it made so much sense that what I was eating would affect my digestive system.

Given my life-long digestive problems and failed attempts by main-stream medics to help my inner workings, I was willing to set-aside scepticism (a frame of mind that has never served me well) and considered the topic worthy of further investigation. I bought the book by Dr Peter D’Adamo – now called ‘Eat Right for Your Type’ (after he changed the title at some stage).

Among its pages, the author sets out his own research and that conducted by his father with an explanation of why food is relevant to blood-type and then goes on to describe why one man’s food is indeed another man’s poison. So I decided to try it for two weeks; I had enough self-control to cut out the ‘avoid’ foods for that length of time. It made sense that food and digestive system should be considered together and I knew that chronic constipation, discomfort and pain was not a good thing (even though a GP told me in an exasperated tone that “it’s normal for you”!).

The results were amazing and quick; in less than two days the bloating had gone and the pain and discomfort that were previously ever-present were reducing. That book changed my life and I have followed Dr D’Adamo’s advice ever since. Mum and I have the same blood-type O and Mum also found benefits from swapping ‘normal’ potatoes to sweet potatoes which instantly stopped the arthritic pains in her hands. Although following the dietary guidance made a significant difference, it was not enough on its own to establish a working digestive system.

I’ve since learned Kinesiology and much more about nutrition for supporting the body and helping with inflammatory conditions in the bowel and in arthritic joints. I now know how to ask the body what foods are beneficial, neutral or detrimental to an individual. It’s the same with vitamins, minerals and herbal supplements – it takes away all the guess-work and gives a tailored result for each client. More than this, I know how life’s emotional issues are part of the equation together with leaky-gut and the key valves of the intestines being out-of-balance and malfunctioning. Kinesiology treatments work beautifully and complement the Blood-Type Diet.

I have learned so much amazing information from wonderful and inspiring subject authorities and authors plus evidence that all these things are possible. Since 2010 I have been finding out how they can be achieved. Some of the books I have learned from are noted on the self-help page and within my articles. We heal from the inside out and if we support our minds and bodies when they need it, then they can do the rest. I do not see it as my role to convince or persuade anyone else in their personal beliefs but I do know that there is a growing groundswell of people who have found a similar path as me; that path is drug-free, happy, healthy and fulfilled with life. We all have choices, options and decisions about such things and minute by minute they are strongly influenced by our own set of beliefs.

It helps me to test my ability to explain to others the things I learn about natural well-being and healing and that is the purpose of the selection of articles I have written. Should you choose to read them, I hope you find the topics I touch upon to be interesting and that they may spark some curiosity or inspire you to share more wonders that you have found. If you do not care for my writings, please do not take offence but feel free to stop reading.

The Kinesiology Association adhering to their high standards of helping clients with this powerful treatment.  Qualified to Diploma level in Systematic Kinesiology.  There is more information about Kinesiology on the KA website.

Qualified through the Health Sciences Academy as a Nutritional Therapist.